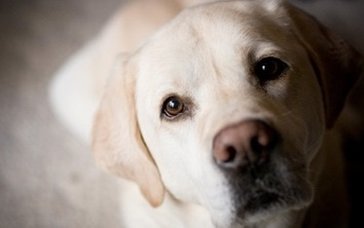 Leaky Gut was and is said to be caused by damage to the gut lining which allows abnormal absorption of bacteria, toxins and gut proteins, and leads to development of a very large number of chronic medical conditions. Diseases that are said to be initiated or worsened by a leaky gut include environmental and food allergies, arthritis of several types, eczema, chronic fatigue syndrome, inflammatory bowel disease, pancreatic disease, migraines, autism, celiac disease and gluten intolerance, and fibromyalgia.

The gut is viewed as one important gateway for toxins and allergens from the environment, and constant exposure to these irritants were thought to cause gut pathology, leading to a vicious cycle of gut damage à absorption of toxins, bacteria and abnormally large intraluminal proteins directly into portal and systemic circulation à immune activation and immune-mediated diseases à àdeterioration of gut barrier,  and so on, over and over again.
Damaged gut mucosal cells become unable to digest food normally, or to detoxify environmental xenobiotics.

​Drugs that cause direct damage to the gut mucosa, such as NSAIDs and steroids, hastened the development of a hyperpermeable gut.
​Treatment involve any of the following:

·         Supplementing enzymes to improve digestibility of the food.

·         Correcting possible nutrient deficiencies with a variety of vitamins and minerals

Just as environmental medicine doctors had reported, many veterinarians using these methods noted dramatic results when pets were treated using the same principles. The problem is that “leaky gut” was never documented as a cause for these immune mediated diseases, and changes in the gut were not monitored as patients got better (although these tests are available).

​​While the role of leaky gut in such a wide array of chronic diseases is still considered unproven and under the purview of alternative medicine, “ intestinal hyperpermeability” was becoming increasingly recognized by critical care specialists in the 1980s as a primary initiator of multiple organ dysfunction syndrome and death in critically ill humans.  And the final results are the same – invasion into the bloodstream by gut microbes and activation of the immune system – but in the case of critically ill patients, the course of the problem was more rapid and easier to recognize.
​A 1998 review of “intestinal hyperpermeability” -  the approved name for the more acute condition recognized by conventional medicine – reviewed the mechanisms behind development of the condition.  They are:

·         Nitric oxide – an cell-signallying molecule that influences circulation, and has been shown to have deleterious effects if present in the gut in abnormally high OR low concentrations.’

·         Inflammatory cytokines – which are produced on exposure to luminal antigens and bacteria, which can happen any time the barrier is breached.

·         “Metabolic Inhibition”  - a laboratory condition that causes chemical changes in the tight junctions so critical for maintaining the intestinal barrier.

When I look at this list, I see mechanisms that are active in chronic disease as well.  Let’s look at what I would consider a typical veterinary patient who is a candidate for management of a hyperpermeable gut.

This theoretical dog is an 11 year old Labrador with chronic osteoarthritis and a long history of allergic otitis and bad skin. The dog has eaten the same diet for many years, and eats well. A nonsteroidal anti-inflammatory drug has been administered daily for the past year or so. And this dog is presented to me for acupuncture to aid in pain control for the arthritis. ​
For the past 15 or so years, I’ve handled dogs like this one by delaying the acupuncture, and recommending the following:

1. Change the ingredients in the diet (making it essentially less allergenic), and make sure that it contains antioxidants in the form of vegetables and fruits.  If the dog won’t eat veggies and fruits, supplement a broad spectrum antioxidant containing Vitamins A, E, C, selenium, flavonoids, carotenoids, etc.

2. Supplementing digestive enzymes (not just because of leaky gut, because there are those who believe that old dogs have decreased digestive function, especially in the stomach, just as geriatric people with atrophic gastritis do).

It’s amusing how many people attribute the improvement I see on a regular basis to the massage, because it’s just so hard to believe that dietary changes can be so effective in pain control!

I’m simply reporting my clinical experience, and I’m not saying this is right for every old arthritic pet. But I see that conventional medicine and alternative medicine may be discovering a convergence in one very important anatomical area and organ function.  The gut is the largest immune organ in the body. It contains more neurons than the spinal cord. It maintains a very delicate balance between the outside environment and the critical homeostasis inside the body. And both conventional and alternative medicine are postulating similar mechanisms for the role of the gut in all disease. I hope this progress continues.