​Fluoride and Chlorine is now classified as a neurotoxin.
Fluoride has been found to be a cause of cancer.
​ 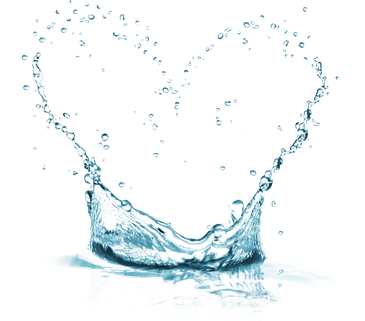 Fluoride is a fairly common element that does not occur in the elemental state in nature because of its high reactivity. It accounts for about 0.3 g/kg of the earth's crust and exists in the form of fluorides in a number of minerals, of which fluorspar, cryolite, and fluorapatite are the most common. The oxidation state of the fluoride ion is -1.

Inorganic fluorine compounds are used in aluminum production, as a flux in the steel and glass fibre industries, and in the production of phosphate fertilizers (which contain an average of 3.8% fluorine), bricks, tiles, and ceramics. Fluosilicic acid is used in municipal water fluoridation schemes (1).

Although sodium fluoride is soluble in water (1), aluminum, calcium, and magnesium fluorides are only sparingly so (3).

Fluoride is usually determined by means of an ion-selective electrode, which makes it possible to measure the total amount of free and complex-bound fluoride dissolved in water. The method can be used for water containing at least 20 µg/litre (2). For rainwater in which fluoride was present at a concentration of 10 µg/litre, a detection limit of 1 µg/litre was reported (4).

A method using a fluoride-elective electrode and an ion analyzer to determine fluoride at levels of 0.05?.4 mg/litre has been described (5). With a slight modification, the method can be used to measure fluoride at 0.4?.0 mg/litre.

Natural background concentrations are of the order of 0.5 ng/m3. If anthropogenic emissions are included, worldwide background concentrations are of the order of 3 ng/m3. In the Netherlands, concentrations in areas without sources are 30?0 ng/m3, rising to 70 ng/m3 in areas with many sources (2). In a survey of fluoride in the air of some communities in the USA and Canada, concentrations were in the range 0.02?.0 µg/m3 (6). In some provinces of China, fluoride concentrations in indoor air ranged from 16 to 46 µg/m3 owing to the indoor combustion of high-fluoride coal for cooking and for drying and curing food (7).
​Removal from Water
Simple technologies for household "point-of-use" removal of Fluoride from water are few which includes reverse osmosis and have proven to be sustainable in each different setting.
​Dental uses

For dental purposes, fluoride preparations may contain low (0.25? mg per tablet; 1000?500 mg of fluorine per kg of toothpaste) or high concentrations (liquids containing 10 000 mg/litre and gels containing 4000?000 mg/kg are used for local applications) (2).

Levels of daily exposure to fluoride depend mainly on the geographical area. In the Netherlands, the total daily intake is calculated to be 1.4?.0 mg of fluoride. Food seems to be the source of 80?5% of fluoride intake; intake from drinking-water is 0.03?.68 mg/day and from toothpaste 0.2?.3 mg. For children, total intake via food and water is decreased because of lower consumption. Intake of food and water relative to body weight is higher, however, and is further increased by the swallowing of toothpaste or fluoride tablets (up to 3.5 mg of fluoride per day) (2).

Daily intakes ranging from 0.46 to 3.6?.4 mg/day have been reported in several studies (6). Daily exposure in volcanic areas (e.g. the United Republic of Tanzania) may be as high as 30 mg for adults, mainly from drinking-water intake (J.E.M. Smet, personal communication, 1990). In areas with relatively high concentrations in groundwater, drinking-water becomes increasingly important as a source of fluoride. In some counties in China where coal has a high fluoride content, the average daily intake of fluoride ranged from 0.3 to 2.3 mg via air and from 1.8 to 8.9 mg via food (10).
​4. Kinetics and metabolism in laboratory animals and humans

After oral uptake, water-soluble fluorides are rapidly and almost completely absorbed in the gastrointestinal tract. Fluorides less soluble in water are absorbed to a lesser degree. Absorbed fluoride is transported via the blood; with prolonged intake of fluoride from drinking-water, concentrations in the blood are the same as those in drinking-water, a relationship that remains valid up to a concentration in drinking-water of 10 mg/litre. Distribution of fluoride is a rapid process. It is incorporated into teeth and bones; there is virtually no storage in soft tissues. Incorporation into teeth and skeletal tissues is reversible: after cessation of exposure, mobilization from these tissues takes place. Fluoride is excreted via urine, feces, and sweat (3,6,11).

5. Effects on laboratory animals and in vitro test systems

Most long-term studies are limited. In drinking-water studies with sodium fluoride, effects on skeletal tissues were observed. In a 2-year study in rats and mice (25 or 175 mg of sodium fluoride per litre of drinking-water), dentine discoloration and dysplasia developed at both dose levels; osteosclerosis in the long bone was seen in the high-dose females only (12). In another recent 2-year oral study in rats, there were effects on the teeth (ameloblastic dysplasia, fractured and malformed incisors, enamel hypoplasia) and bones (subperiosteal hyerkeratosis) at all dose levels, including the lowest of 4 mg of sodium fluoride per kg of body weight per day (13).
​Mutagenicity and related end-points

Many mutagenicity studies have been carried out with fluorides (usually sodium fluoride). Tests in bacteria and insects were negative, as were in vivo studies (11,12,14). In mammalian cells in vitro, fluoride causes genetic damage (including chromosomal aberrations) at cytotoxic concentrations only (=10 mg/litre), the mechanism for which is not known. This genetic effect is probably of limited relevance for practical human exposures (11).

IARC evaluated the available studies in 1987 and concluded that the limited data provide inadequate evidence of carcinogenicity in experimental animals (14). In a recent study in which rats and mice were given sodium fluoride in drinking-water at 11, 45, or 79 mg/litre (as fluoride ion), only the incidence of osteosarcomas in the bones of male rats increased (incidences 0/80, 0/51, 1/50, and 3/80 in the controls, low-, mid-, and high-dose groups, respectively). This increase was considered to provide equivocal evidence for a carcinogenic action in male rats; the study yielded no evidence for such an action in female rats or in male or female mice (12). In another recent study, no carcinogenic effect was observed in rats given sodium fluoride in the diet at dose levels of 4, 10, or 25 mg/kg of body weight per day for 2 years (13).

Fluorine is probably an essential element for animals and humans. For humans, however, the essentiality has not been demonstrated unequivocally, and no data indicating the minimum nutritional requirement are available. To produce signs of acute fluoride intoxication, minimum oral doses of at least 1 mg of fluoride per kg of body weight were required (11).

Several epidemiological studies are available on the possible association between fluoride in drinking-water and cancer rates among the population. IARC evaluated these studies in 1982 and 1987 and considered that they provided inadequate evidence of carcinogenicity in humans (1,14). The results of several epidemiological studies on the possible adverse effects of fluoride in drinking-water on pregnancy outcome are inconclusive (3,6,11).

It is known that persons suffering from certain forms of renal impairment have a lower margin of safety for the effects of fluoride than the average person. The data available on this subject are, however, too limited to allow a quantitative evaluation of the increased sensitivity to fluoride toxicity of such persons (3,11). 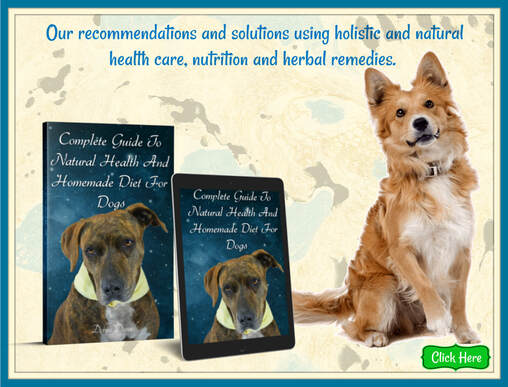 In 1987, IARC classified inorganic fluorides in Group 3 (14). Although there was equivocal evidence of carcinogenicity in one study in male rats, extensive epidemiological studies have shown no evidence of it in humans (12).

There is no evidence to suggest that the guideline value of 1.5 mg/litre set in 1984 needs to be revised. Concentrations above this value carry an increasing risk of dental fluorosis, and much higher concentrations lead to skeletal fluorosis. The value is higher than that recommended for artificial fluoridation of water supplies (18). In setting national standards for fluoride, it is particularly important to consider climatic conditions, water intake, and intake of fluoride from other sources (e.g. from food and air). In areas with high natural fluoride levels, it is recognized that the guideline value may be difficult to achieve in some circumstances with the treatment technology available.