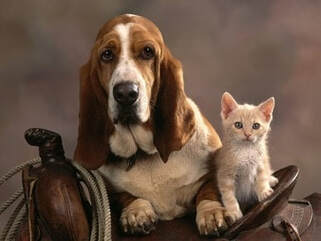 S-Adenosylmethionine (SAMe) is a substance produced by the body from the amino acid methionine.

What does SAMe do?

SAMe affects all cells in the body, but especially liver cells. Through three chemical processes in the liver, SAMe is converted into very important compounds:

Through a process called transsulfuration, SAMe is converted into glutathione, a powerful antioxidant. Glutathione plays a major role in protecting hepatocytes (liver cells) from damage from waste products that the liver removes from the blood stream and detoxifies (reduces toxic properties). Other cells in the body, such as red blood cells (RBC's) are also protected. Transsulfuration also produces taurine and other compounds that aid in the movement of bile acids out of the liver.
​Through transmethylation, SAMe helps to stabilize cell membranes and promote the secretion of bile.
​What is the relationship between SAMe and liver function?

Normally, the liver produces SAMe from the amino acid methionine, which is present in the animal's food. If the liver is damaged, less SAMe is produced, and thus less glutathione is produced. With less of this antioxidant, even more liver cells become damaged and a vicious cycle is started.

By giving an animal with liver dysfunction "pre-made" SAMe, the liver can produce more glutathione and protect itself from further damage. The increased glutathione may also help in the healing and repair of cells.

​Even though SAMe is produced from methionine, it is not beneficial to give an animal with liver damage additional methionine; in fact, it can be harmful.

SAMe has been recommended for animals with various forms of liver disease including hepatic lipidosis (fatty liver), cirrhosis, leptospirosis, toxicities from acetaminophen (Tylenol) and other non-steroidal anti-inflammatories (NSAIDS), hepatic fibrosis, cholangiohepatitis, and certain breed-specific liver diseases. It may also be useful in pets receiving long-term treatments for diseases such as epilepsy, in which the medication used is metabolized by the liver.