Fluoride and Chlorine have been classified as neurotoxins.
​ 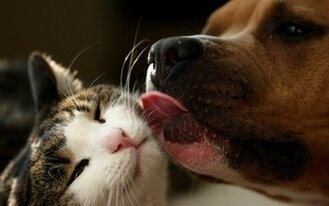 You've seen it, probably even done it. Drinking bottled water, or filtered water from the refrigerator while your cat, dog or other pet's water bowl is filled from that, ugh, tap. Why should our furry (or scaly) companions drink lower quality water than us? We all know that public water systems can contain certain levels of bacteria. But we knew that- that's why we are drinking the "safe" water. Still, many continue to feed fill pet bowls with tap water. Animals, like humans, need water to survive. And, like humans, animals are about 80% water. So, most animal experts will agree that pets should be given the same quality water as humans: bottled and/or filtered. As stated earlier, municipal and well water can contain many harmful things, even parasites. And, they don't discriminate between pets and people! Some folks feed their pet’s bottled water and can cause more problems than they think. Bottled water is extremely expensive and continues to add waste in our landfills. Only about 27% of plastic bottles are recycled. Despite the waste plastic bottles create, some bottled water is just bottled tap water. This means pets can still be harmed by the contaminants in the unfiltered water. Tap water can especially pose risks if it is high in iron, magnesium, or nitrates. These contaminants can cause health issues for your family as well as your pet.

​One of these parasites is Giardia, a single-celled organism that ends up living in the mucous lining of the intestines. Giardia is transmitted by discharges of fecal wastes into water, food, soil, and other surfaces. This parasite can cause diarrhea in animals as well as humans. If a puppy or kitten is suffering malnutrition, the effects of Giardia can be worse. Treatment in the form of anti-prozoal drugs can be administered to infected animals.

There are also things in water that can cause cancer- just like in humans. (Fluoride, for one.) Giving your pet filtered water will remove a potentially sickness-causing organism or metal from being ingested.

Cats and dogs, the two most common pets, need fresh water and plenty of it. On a side note, cats are very finicky about their water; they like it fresh. The longer the water sits out, the more oxygen it loses.
One more note of interest. It doesn't really matter what type of water is used in a pet's bowl if the bowl is not cleaned frequently. Bacteria can grow from mold in the air in your pet's bowl. (That's what those growths are!) So, clean the bowl often and keep it filled with fresh, filtered water. Additionally, drinking more water can also reduce urinary tract disorders in cats and dogs.
​Signs of dehydration in cats and dogs
The pet’s gums are the best indicator of dehydration. Lift your pet’s lips to expose the gums. Place your index finger on the gum and press your finger flat into the gum. This temporarily squeezes blood out of that spot so when you release your finger the blood should return in less than 2 seconds. The response will be delayed if your pet is dehydrated. Gum moisture is also a sign of dehydration. When you pull your finger away the gums should feel very wet, if your finger sticks to the gum it is a sign of dehydration. When water ratios fall 5% below normal, pets will start to show signs of dehydration. Other signs of dehydration include sunken eyes, dry mouth, poor skin elasticity, lethargy, increased heart rate, and constipation. Monitoring and encouraging your pet’s water levels can help you prevent dehydration.

With water being a crucial part of a pet's health, it is no wonder that many pet supply manufacturers offer water fountains, water filters, special bowls, special dispensers and more. When it comes down to it though, a normal stainless steel or glass bowl filled with water from a home-filtration system works well. Hopefully you can see that not only you can benefit from a water filtration system, but so can your lovely pet! ​
Like heavy metal? Think again.
We’re not talking Ozzy here, but in fact heavy metals that can be very harmful to your health if found in your drinking water.

Severe effects include reduced growth and development, cancer, organ damage, nervous system damage, and in extreme cases, death. Exposure to some metals, such as mercury and lead, may also cause development of autoimmunity, in which a person's immune system attacks its own cells. This can lead to joint diseases such as rheumatoid arthritis, and diseases of the kidneys, circulatory system, and nervous system.

The young are more prone to the toxic effects of heavy metals, as the rapidly developing body systems in the fetus, infants and young children are far more sensitive. Childhood exposure to some metals can result in learning difficulties, memory impairment, damage to the nervous system, and behavioral problems such as aggressiveness and hyperactivity. At higher doses, heavy metals can cause irreversible brain damage. Children may receive higher doses of metals from food than adults, since they consume more food for their body weight than adults.

​Fluoride in Pet Food: The Link to Osteosarcoma

A number of studies suggest a possible link between osteosarcoma and the exposure to fluoride. According to the Environmental Working Group (www.ewg.org), they “conclude that fluoridation of public water supplies should stop because of risks that outweigh the possible benefits, especially for infants and young children who consume more water than adults, relative to their size.” The Environmental Working Group has been concerned with healthy ingredients and the safety of pet food. EWG pet food testing has revealed high levels of fluoride in various major brand pet foods. Veterinarians are reporting a rise in cancer rates found in dogs and many are wondering if diet is a contributing factor.
​Tolerance levels have been identified for domesticated animals, with the lowest values for dairy cattle at 30 mg/kg feed or 2.5 mg/liter drinking water.
​Numerous research has been done on sheep, pigs, goats, cattle and chickens on adverse health effects from fluoride, with little information relating to cats and dogs. “Consequently, it is safe to assume that many of dogs and cats who appear to be suffering with arthritis, dysplasia, spinal deformities, etc., may have actually developed skeletal fluorosis.” Even though a particular breed may be genetically predisposed to such health problems, fluoride in pet food could prematurely trigger the disease. 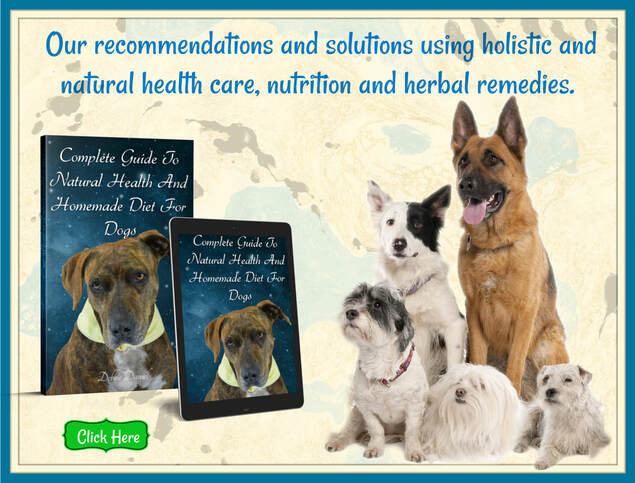 ​Raw phosphate, mainly because of its fluoride content (3 to 4 percent), is the most physically damaging animal mineral supplement because it is not processed and is the least-expensive. These facts have been known since the 1920s in early animal nutritional research of fluorine in animal nutrition.