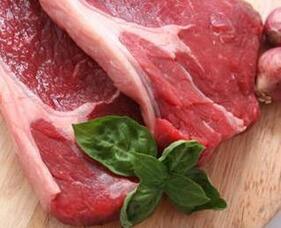 The health risks posed by meat, eggs and dairy products from animals raised on factory farms are well known. But now there’s growing evidence that organic alternatives not only eliminate those health risks, but actually provide significantly more nutritional value.

We know why these products, when sourced from factory farms, can’t be good for our health. Animals on factory farms are fed slaughterhouse waste, blood, manure,  arsenic and byproducts from corn ethanol production (which increases the rate of E. coli).
Here are some interesting comparisons between meat, milk and eggs from animals raised on factory farms, vs. their grass-fed, free-range and organic alternatives.

10: Number of ways a 2009 study—a joint effort between the U.S.D.A. and researchers at Clemson University in South Carolina—found grassfed beef to be superior to grain-fed beef, including being higher in beta-carotene, vitamin E, omega-3's, conjugated linoleic acid (CLA), calcium, magnesium, and potassium; lower in inflammatory omega-6's; and lower in saturated fats that have been linked to heart disease.

68: Percent more omega-3 fatty acids contained in organic milk, on average, than conventional milk, according to a three-year study in the United Kingdom conducted independently by the Universities of Liverpool and Glasgow during 2002 and 2005, centering on a cross-section of UK farms over a 12-month production cycle.

Up to 90: Percent more antioxidants in milk from organically-fed herds compared with milk from conventional herds.

66: Percent more vitamin A in eggs from pastured hens compared with eggs from hens raised in factory farms.

40: Percent of Americans consume a sufficient supply of omega-3 nutrients. Twenty percent have levels so low that they cannot be detected.
Meat

One half to one third: Amount of fat a sirloin steak from a grassfed steer has versus a similar cut from a grain-fed steer.

Equal: Amount of fat in grassfed meat as found in skinless chicken or wild deer or elk.

17,733: Number of calories a typical meat eater would save annually if (66.5 pounds a year) by switching to grassfed beef, resulting in a loss of about six pounds-per-year.

2-6: More "good" fats (omega-3 fatty acids) in grassfed meat versus grain-fed. People who have ample amounts of omega-3s in their diets are less likely to have high blood pressure or an irregular heartbeat, and 50 percent less likely to have a serious heart attack and cancer.

5: The amount of "conjugated linoleic acid" or CLA (another “good fat”) in meat and milk from grassfed ruminants raised on fresh pasture than from animals fed conventional diets. CLA may be one of our most potent defenses against cancer.

32: Percent fewer calories in a ½ filet of wild salmon versus farmed salmon.

50: Percent less fat contained in a ½ filet of wild salmon versus farmed salmon.

More than Double: The amount of iron contained in a ½ filet of wild salmon versus farmed salmon.

Nearly double: Amount of zinc in a ½ filet of wild salmon versus ½ filet farmed salmon.

More than three 3: Less saturated fat in a ½ filet of wild salmon versus ½ filet farmed salmon.

Health Food Face Off: Wild Salmon versus Farmed Salmon, b...

Organic milk is better for you - whatever the weather, Ne...

Farmed Fish vs.Wild Fish: How Healthy Is The Fish At Your Favorite Grocery?, Prevent Disease