​Ashwagandha
Ashwagandha has been used to promote health and longevity. Ashwagandha is admired for its anti-aging properties. It is used to
enhance the immune system and treat anemia, inflammation, bacterial infection, and diarrhea. It is also thought to improve the quality of bodily tissues. Its herbal actions span a wide range from adaptogenic to sedative.
Ashwagandha helps relieve general aches and pains. Ashwagandha is an excellent hematinic and contains high levels of iron and free amino acids such as glycine, valine, tyrosine, proline, and alanine. This herb has been shown to be safe for long-term use. Ashwagandha has anti-inflammatory, diuretic, sedative, antibacterial, and anti-fungal
activity. It also has anti-tumorigenic uses in animals.
Ashwagandha is used for anxiety and depression and helps relieve stress. Supports a healthy nervous system.
Dosage: (up to twice a day)
Small dogs: 500mg
Medium dogs: 1,000mg
Large dogs: 1,500mg 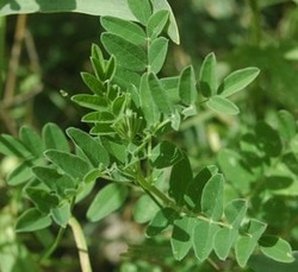 ​Astragalus (Astragalus membranaceous)
Immunostimulant, antiviral, anti-inflammatory, hypothyroid (mildly depresses thyroid function), hypotensive, digestive tonic. Works on immune systems, lungs, liver, heart, kidneys, thyroid, and digestive tract.
Astragalus is used for strengthening the body against viral infections of the respiratory and heart. Astragalus can be used for early treatment of a variety of respiratory infections, including kennel cough (Bordetella bronchiseptica). Astragalus helps to raise white blood cell counts and also boosts the body's immune system. Astragalus may be useful for helping the body protect itself and speed recovery from the damages of long term steroid medications. Astragalus is also useful in early stages of kidney infection and/or renal failure. Astragalus is non-toxic in any dosages. 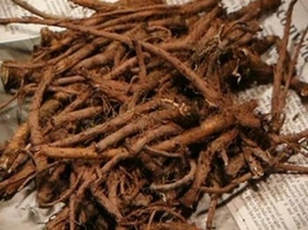 ​Dandelion (Taraxacum officinale)
Dandelion has been used for digestive and liver (root); Pancreatitis, edema (leaf), Anemia, Kidney/Bladder.
The leaf and root are good for many conditions involving edema
(water retention) and the flowers are high in antioxidants. You can use root and leaf together and most of all for liver, kidney and heart disease in dogs.
Dandelion should not be used in cases of bile duct obstruction or acute gallbladder inflammation. The high mineral content may affect the absorption of a certain class of antibiotics (quinolones).
Dandelion leaf is particularly useful in animals that have a chronic problem with indigestion. If your dog has frequent gas and/or passes food that does not appear digested, apply a few drops of dandelion tincture on his/her tongue.
Dandelion is popular and is a safe but powerful diuretic and liver stimulant. Dandelion works with congestive heart failure, pulmonary edema, arthritis, gallbladder disease and kidney stones. Drugs such as Lasix are often used to drain off excess fluid from the body and help the elimination of waste. Pharmaceutical diuretics are fast-acting and very effective, but while they do a good job at reducing fluid buildup, they tend not to discriminate between what the body needs to keep and what it needs to lose. The body often loses too much potassium, a crucial heart and brain chemical, through urination. In this event,
potassium must be supplemented throughout the therapy. Dandelion leaf on the other hand, contains its own rich source of potassium that the body can absorb.
While dandelion leaves are used as a diuretic, the root holds its own usefulness as a safe liver tonic. The liver is the primary filtering organ and responsible for removing toxins from the blood for elimination in the kidneys. And while dandelion leaf tea or tincture may do much toward relieving the symptoms through a nutritive/diuretic action, the root will work closer to the underlying causes.
Dandelion does not further irritate an already inflamed condition. Dandelion was shown to be effective in treating inflammatory diseases of the liver and the gall bladder including gallstones. 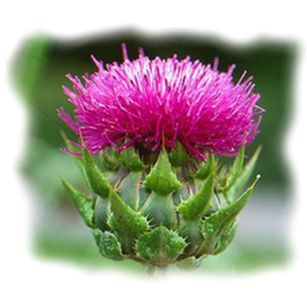 ​Milk Thistle
Milk thistle is well known as an herb for the liver both for humans and pets. Milk thistle contains a flavonoid called silymarin. Extensive research has found that silymarin is safe and effective in treating a variety of liver diseases and other conditions, from kidney disease to mushroom or lead poisoning. It works by removing toxins trying to bind to the liver and by causing the liver to regenerate more quickly.
Works on:
Milk thistle is not effective in treating advanced liver cirrhosis.
Milk thistle is very safe on dogs. If milk thistle causes upset stomach, gas, or mild diarrhea in your dogs, simply reduce the dosage. Milk thistle should not be given to healthy dogs as a daily supplement. Some studies show that long-term use of very high dosages of milk thistle will eventually suppress liver function.
Given for up to three months for detox or removing toxins should be long enough. 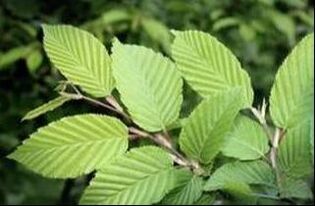 ​Slippery Elm (Ulmus fulva)
Slippery Elm is very safe and non-toxic. It can be used both internally and externally. Slippery Elm is one of the herbs used in Essiac Tea.
In the gastrointestinal tract, Slippery Elm acts directly. It resembles a natural "Pepto-Bismol." (Pepto-Bismol itself should not be used because it contains salicylate, a.k.a. aspirin).
Slippery Elm coats, soothes, and lubricates the mucus membranes lining of the digestive tract. Slippery Elm is an excellent treatment for ulcers, gastritis, colitis, and other inflammatory bowel problems. It is high in fiber, and so helps normalize intestinal action. It can also be used to relieve diarrhea and constipation. It also may help with nausea and vomiting.
Slippery Elm contains many nutrients beneficial for recuperating pets, and it may stay down when other foods are not tolerated. Slippery Elm may interfere with the absorption of certain minerals and pharmaceuticals, so is best given separately from any medications.
Give a dose before or with meals for digestive tract problems, such as inflammatory bowel disease, until symptoms resolve.
Slippery Elm also has a calming effect creating a more relaxed sleep. 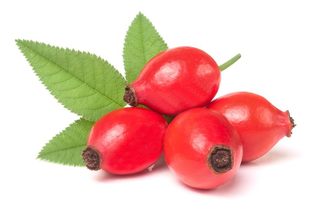 ​Rosehips
Rosehips have been known for its ability to reduce the symptoms of rheumatoid arthritis, some respiratory conditions, prevent cancer, lower cholesterol, manage diabetes and boost the immune system.
The vitamins and minerals included in rosehips is vitamin C, A, E, and B-complex, as well as calcium, iron, selenium, manganese, magnesium, phosphorus, potassium, sulfur, silicon, and zinc.
The amount of antioxidants in rose hips is particularly useful in keeping the body healthy.
Rosehips has an impressive amount of vitamin C, which is one of the best methods to boost the immune system. Vitamin C stimulates white blood cells and is also essential in the prevention of asthma and the general health of the respiratory system. This also can be seen in the reduction of respiratory conditions such as colds and flu's through the intake of Rosehips and its high levels of vitamin C.
Rosehips can regulate the blood sugar levels of the body for anyone suffering from diabetes. By keeping the balance of insulin and glucose in the body, Rosehips can prevent fluctuations in blood sugar. Rosehips is also used as a diuretic which can help eliminate toxins from the body. Rosehips contain a good amount of iron which can help prevent anemia and also keep your organs well oxygenated.
Collagen, along with the other minerals in Rosehips, can help prevent Osteoporosis. Safe for cats as well.
​
Dosage:
Small dogs: 1/4-1/2 teaspoon daily
Medium dogs: 1/2-1 teaspoon
Large dogs: 1-2 teaspoon 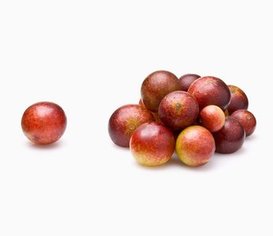 ​Camu Camu (Myrciaria dubia)
Camu Camu is high in vitamin C and has been shown to reduce inflammation, detoxify the body, and prevent viral infections.
Camu Camu contains a huge amount of  vitamin C. Camu Camu has one of the highest concentrations of vitamin C of any food source.
Camu Camu has been known to prevent certain cognitive disorders, such as Alzheimer’s disease and dementia. It can also boost cognitive ability in younger people, increasing focus, memory, and concentration skills.
Camu Camu is not known as an allergenic food, and can be taken in conjunction with other pharmaceuticals and supplements. 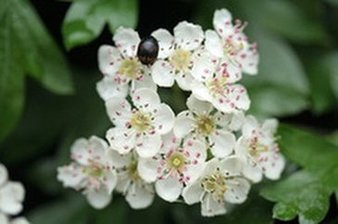 ​Hawthorn
Hawthorn helps prevent and treat congestive heart failure in senior dogs (and people), and tones the hearts of younger dogs who have survived heartworm disease. Older dogs, especially those with cardiac or renal problems, can benefit from Hawthorn.
Unlike most medications, tonic herbs do not suppress or replace natural functions in the body. Instead, they naturally help improve the body as a whole. Most tonic herbs do their work by providing special nutrients, enzymes that the body needs to bring overstressed organs and systems into functioning more appropriately. Hawthorn works over a period of time with daily use and improves the heart. Hawthorn helps support the heart in ways that no food or drug can. Hawthorn helps to increase circulation and the transport of nutrients and oxygen throughout the body. Hawthorn has the ability to strengthen a weak or erratic heartbeat – such as that of elderly or energetically challenged dogs. Hawthorn is very, very safe. In the hundreds of animal studies that have been conducted with this herb in the last 100 years, Hawthorn has shown extremely low toxicity in every animal tested.
Hawthorn is useful in the daily care of any older dog, but especially those who suffer from chronic heart problems and that have a weakened heart to be able to help it to pump blood. Hawthorn is also useful in cases of renal failure, especially in early stages. When combined with Ginkgo Biloba, Hawthorn may be useful for getting more blood and oxygen into renal arteries and smaller vessels of the kidneys. 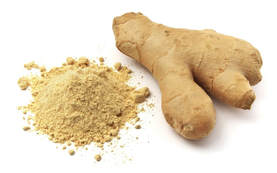 Ginger Root
Ginger may be one of the most important plants used in herbal medicine. Ginger is one of the most prescribed herbs and is used in the treatment of colds for its ability to eliminate toxins and raise body heat.
Ginger Side Effects: Ginger is a blood thinner, if you are taking prescription blood thinners, have a bleeding disorder, or have gallbladder disease don't take medicinal doses of ginger.
Ginger can be used safely to treat a wide range of health problems, from simple nausea to arthritis. Ginger combines well with many herbs, improving taste and potency.
Avoid Ginger from countries such as China and India. That includes organic as well. ​ 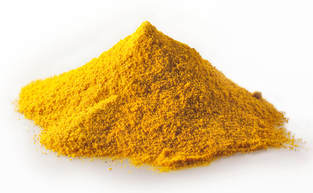 ​Turmeric
Turmeric is becoming very popular as a cure for cancers.
Turmeric (Curcumin) has extreme anti-cancer properties. It has proven to cure some cancers because it inhibits growth of tumors, shrinks existing ones and prevents new tumors from developing.
Turmeric has been found to be a good pain reliever to dogs. No turmeric side effects to worry about, even if a large dose is given.
It’s a great herb to add to the dog’s food if it suffers from arthritis.
An animal that’s had a skin injury can be helped by turmeric’s antibiotic and anti-inflammatory properties.
To treat a skin issue, simply mix honey with turmeric to form a paste and apply it to the abrasion.
Has been known to work on:
The dose for pain in dogs is 1/8 to 1/4 tsp. for every 10 pounds of dog's weight.
​
*Turmeric should not to be given to dogs prone to kidney stones. Turmeric isn't supposed to be given with blood thinners. Turmeric should not be combined with drugs that reduce stomach acid (Pepsid, Zantac etc), as the body will actually increase its production of stomach acid, and thus, lead to nausea, stomach pain, bloating, and esophagus damage. 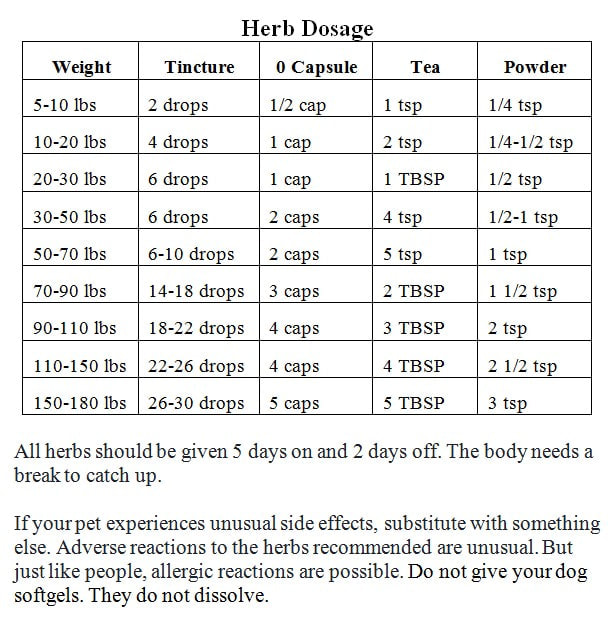 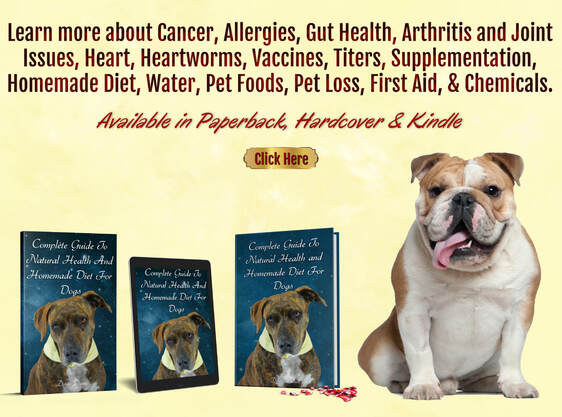