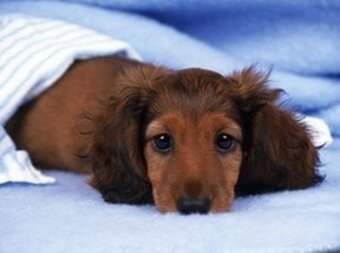 A couple weeks ago, a heart-tugging image surfaced on the web of a brown Labrador retriever named Hawkeye lying beside the American flag-draped casket of his human companion, Navy SEAL Jon Tumilson. Within hours the photograph went viral. Pet lovers were moved by the symbol of loyalty shown by the dog who would not leave his best friend’s side. For many Americans, the image also served as a reminder of the lives that were lost on 9/11 and of those who are still serving in Afghanistan. For others, the depiction of a seemingly depressed and heartbroken dog represented the possibility that there’s more to our pets’ psychology than has ever been identified.

If dogs are capable of grieving, then how can we, as pet owners, help them deal with their pain? How can we heal them after the loss a loved one?
What to Look For
Just like with humans, no two dogs are alike and neither are their responses to death and loss. Some may show signs of physical sadness, while others may display symptoms of negative behavior, and some may not show any sign of emotional suffering at all. But keeping a watchful eye on your canine companions can guide you toward the correct treatment to get them through the tough times.

A dog that experiences any kind of major change, such as the introduction of a new child or a move of residence, can show signs of depression, says Dr. Christopher Pachel, a Board Certified Veterinary Behaviorist. But when an extremely, socially bonded dog loses a member of the family, whether it’s another dog in the household or a human companion, the physical signs of depression can show up at greater heights and lengths. This may lead to a loss in appetite, lowered water intake, sluggish response to humans and other pets, a loss of interest in play or physical activity, and even a mournful howl here and there. The symptoms can also increase gradually over weeks or months. If you’ve noticed these symptoms in your pet, it’s best to get the dog to a vet as soon as possible to rule out any potential physical illness.
Maintaining a normal routine for your pet, such as maintaining a familiar eating time or playtime, is the best way to help with the transitional process. Take a tip from animals that live in the wild. They don’t have as much time to grieve as domesticated animals, “they have to move on pretty quickly, to suck it up and keep going, just like some of us must do,” Thomas says. “This doesn’t mean that grief isn’t still with them, just that they can’t do much about it.”

In the case of an extremely depressed dog, you can also add to your dog’s normal routine to raise serotonin levels, which may have a positive impact on your dog’s behavior. A dog that doesn’t get much playtime could benefit from a short walk or exercise. Read Cesar’s ideas on how to engage in thoughtful playtime with your dog.

When one dog in a two-dog household is gravely ill, it may help for the healthier dog to be present during euthanasia, or at least for the animal to see the deceased dog’s body, says Dr. Pachel. Similarly with a dog like Hawkeye, who was able to lie near the casket of his deceased owner, if it’s a possible scenario, it just may help the dog to understand the process better.

As for getting a new pet as a replacement, it really depends on the individual situation, says Thomas. “When I’ve lost a loved one, it didn’t help me to bring in a new person as a replacement for the deceased person.”

Introducing a new dog to the family during a time of transition can, in effect, establish an unconstructive dynamic in the household, explains Dr. Pachel. The owner’s attitude might change, which can create further confusion in your pet. Consistency and stability is more important for the dog who’s grieving.

As the story goes with Hawkeye, Tumilson’s hometown friend in Iowa, who had been watching the dog while Tumilson was away, adopted him. While we may not know what’s ahead for the dog who stole our hearts in late August 2011, we cannot forget his demonstration of love, loyalty and emotional depth after losing his best friend.

Supporting Pets that have Lost a Friend ​​

We get many calls and emails with questions about how to help other pets that have lost a companion. This is certainly something owners need to be aware of when they have lost a companion animal. Your other pets have lost a friend too and may be confused as to why they no longer have their playmate. Sadly we cannot explain this loss to them but we can help them through it.

It is common for the surviving pets behavior to change following the death of a housemate. Your pet may seem extra needy, distant, or possibly show increased signs of irritation, reduced appetite, or increased vocalization. These are just common examples.  They may just seem ‘off’ and not themselves.

Watch your pet
It is recommended not to leave them in an area where they could escape; as some pets literally ‘search’ for their friend. If you have an inside/outside cat keep them in for a couple of days.  Keep a close eye on your dog when they are let outside; even if they are normally good about staying in the unfenced yard. ​ 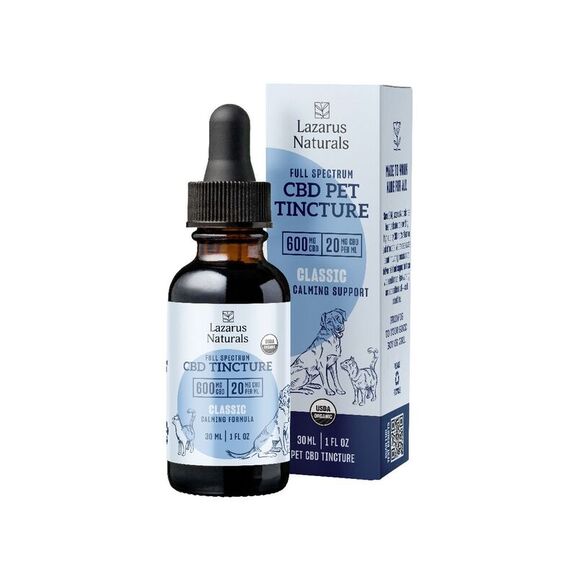 Develop or do not change from the daily routine
Be careful not to reinforce the new behaviors they are displaying. Some people attempt to and give an animal extra attention at this time, or hand feed them to encourage appetite. The difficulty with this is you will not always be able to do these things—it is best to keep routines much the same for them.
It is normal to want to spend extra time with your surviving companion animal, but do not do it so much that when things return to normal (you go back to work etc.) that you leave your pet confused.

Multiple Pet Households
If you have a multiple animal household (particularly cats) realize the social structure has changed with the loss of a member. There may be increased tension (possibly fighting or vocalization) in the remaining animals. Allow them to re-establish their social structure—which may mean allowing some fights to break out. Of course, it is up to you to protect them from harming one another but it is important they re-establish their hierarchy within the group in an effort for them to adjust and reclaim order for themselves.

Getting a new pet (Should I Get A New Pet?)
When getting a new pet especially if the deceased and another pet were very close, do not expect your existing pet to automatically accept the new pet. Pets are like people, they have different personalities and no matter how much like your old pet a new pet is—it is not going to be the same for either you or your current pet.

Be patient when introducing a new pet. It may take your existing pet a while to get used to the new addition.