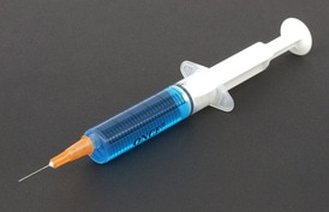 ​(NaturalHealth365) Talk to your pediatrician, listen to doctors or reporters on TV and time and time again, we are being reassured that mercury in vaccines is not linked to autism or any other health concern. We hear the same message, ‘our study shows no link’ or ‘there hasn’t been a study demonstrating a link’, but is that correct? Big pharma is not interested in what science has to say. A paper published in a Brazilian journal reviewed studies published in the United States, the United Kingdom and Italy concluding that the risk of neurotoxicity due to low doses of thimerosal is plausible at least for susceptible infants. The paper also stated that it is important to understand the complex interplay of variables before researchers can state that thimerosal containing vaccines are not toxic to infants and young children who receive them. The author suggests that breastfeeding campaigns should be intensified in countries still using thimerosal in their vaccines to help tolerate the exposure to neurotoxic substances. More science that’s hard to ignore In a polish study – 91 children with autism and 75 control children participated.
Researchers found that autistic children had a significantly greater prevalence of adverse reactions after vaccination and also significantly differed from the control children in regards to the concentrations of mercury in their hair. In children with autism, the amount of mercury detected in their hair increased with age, while in control groups, the amount decreased with age.

Researchers suggest that children with autism differ from neurotypical children in their metabolism of mercury.
Researchers found a subpopulation demonstrated thimerosal hypersensitivity, while none of the control individuals displayed this response. The thimerosal concentration required to inhibit cell proliferation in sensitive individuals was only 40% of controls. The researchers stated that cells which are hypersensitive to thimerosal also had higher levels of oxidative stress markers, protein carbonyls, and oxidant generation; suggesting certain individuals with a mild mitochondrial defect may be highly susceptible to mitochondrial specific toxins like the vaccine preservative thimerosal. The thimerasol – autism link is real (and validated by science) A paper published in Toxicological & Environmental Chemistry concluded that from a cellular perspective, it appears that existing scientific literature supports the biological plausibility of a link between autism and mercury. Mercury disrupts sulphur chemistry leading to oxidative stress – which in turn impacts the nervous system. In addition, mercury can impact glial cells and mitochondria which is consistent with the findings in people with autism. The authors suggest further studies to determine why certain individuals are more sensitive to mercury than others. Another paper published in the Journal of Neurochemical Research stated that thimerasol in vaccines has been associated with neurotoxic effects in animals, demonstrating that mercury accumulates in the brain and that the amount in vaccines are sufficient to impact brain neurodevelopment. The author states that the continued use of thimerosal in vaccines is counter intuitive and that there have not been any studies carried out on the combination of thimerosal with aluminum adjuvants containing vaccines. Would you like mercury injected into your body?

Despite what physicians on television say, this is not an open and shut case and there are many studies – including many not listed here – discussing links between vaccines and autism. Some focus on thimerosal; some focus on aluminum and some on mitochondria. The fact is we cannot say with certainty that vaccines are not linked with autism – researchers are finding links and are trying to determine what makes some people more susceptible. Looking for natural health solutions? Sign up now – for our free, weekly show featuring the greatest minds in natural health and science plus free gifts!

About the author: Sima Ash of Healing 4 Soul is a clinical and classical homeopath and certified clinical nutritionist who utilizes a unique approach pioneered by Tinus Smits, M.D. called CEASE therapy. The aim of CEASE treatment is systematic detoxification of the causes of illness, leading to step by step improvement and restoration of health in the individual.