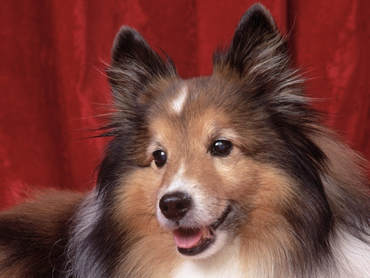 The bacteria that live in our digestive tracts, known as the gut microbiome, is thought to play a role in inflammatory bowel disease (IBD), which is a disorder both dogs and humans suffer from.

IBD can be difficult to detect because a definitive diagnosis requires intestinal biopsies, which are invasive, expensive and not 100 percent reliable.
Since both dogs and humans suffer from IBD, researchers at the University of California San Diego School of Medicine decided to see what they could learn about the disease by examining canine gut bacteria.

Analysis of Gut Microbes Identifies Dogs With IBD
For their study, which was published in the journal Nature Microbiology,1 the researchers collected poop samples from 65 dogs with chronic GI symptoms and inflammation, and 85 healthy dogs. Next, they used a special sequencing technique to identify the microbial species present in each sample.
The researchers then used the sequencing data to look for similarities and differences in the bacterial species found in IBD and non-IBD dogs. The differences were significant enough that they could determine with a high degree of accuracy (over 90 percent) which dogs had IBD and which did not.
​
However, the team also learned that the gut microbiomes of dogs and humans aren’t similar enough to apply their findings to people with IBD. For example, Fusobacterium (a species of microbe) is found in humans with IBD, and in dogs without IBD.
According to study co-author Rob Knight, Ph.D. a professor of pediatrics and director of the Center for Microbiome Innovation at UC San Diego, most people with IBD show a pattern of similar changes in the types of microbes living in their GI tracts as compared to people who don’t suffer from the condition.
But even with that, it’s still difficult to tell the difference between healthy human guts and those with IBD just by looking at the microbes in fecal samples. It’s also not yet known whether the microbial patterns linked to IBD are a cause or a result of the disease.

Traditional Diagnostic Options
I believe species-specific microbiome sequencing and research holds great promise for evaluating and treating a variety of medical and behavioral issues in veterinary medicine, and I’m thankful for the continued research being done.
​Hopefully, the UC San Diego study findings will one day assist veterinarians in more easily diagnosing inflammatory bowel disease in dogs. Currently, there are two different diagnostic tests that are commonly done to detect IBD. One test is known as the “confirming test,” which is a biopsy.

A biopsy is a small piece of tissue that is removed during an endoscopy procedure and sent to a pathology lab for analysis. The pathologist assesses the characteristics common in the GI tracts of animals with inflammatory bowel disease.

A biopsy is not my favorite test or even my first choice, because it’s expensive, invasive and it involves putting the patient under anesthesia. The second diagnostic test for IBD and the one I prefer is functional gastrointestinal testing using blood and fecal samples.

What I look for in the blood sample results are absorption levels of the B vitamins folate and cobalamin. Folate is water-soluble and not easily absorbed in the small intestine unless it’s deconjugated there.

If your pet’s small intestine can’t deconjugate folate, meaning it can’t break it down into an absorbable form, she can develop a folate deficiency.
​
If this is the case, her blood test will show low levels of folate. This tells me either her body’s ability to assimilate and absorb nutrients is poor, or her small intestine is unable to efficiently deconjugate nutrients, indicating a disease or disorder of that organ.

​​On the other hand, if the blood folate level is abnormally high, it signals a condition known as SIBO — small intestinal bacterial overgrowth. Cobalamin, the other B vitamin I check for, is bound to protein and released through a complex series of events that starts in the stomach and finishes in the small intestine. If cobalamin levels are low, we can assume this complex process is not working as it should. Cobalamin levels are a measure of digestion.
​
Maldigestion can sometimes also involve the pancreas in a condition called Exocrine Pancreatic Insufficiency (EPI). EPI can be diagnosed using a blood test called a TLI (Trypsin-Like Immunoreactivity).

I also like to do a Pancreatic Lipase Immunoreactivity (PLI) test to assess pancreatic function, because secondary pancreatitis is very common in IBD patients.

Completing a dysbiosis test also provides great information to proactive veterinarians about the health or disease status of the GI tract and allows for a specific reparative plan to be formulated (often involving microbiome restorative therapy).
​Treating Canine Inflammatory Bowel Disease
The traditional recommendation for dogs with IBD, especially those with vomiting or diarrhea, is to feed a bland diet temporarily until symptoms improve. The bland diet I recommend is cooked, fat-free ground turkey and 100 percent canned pumpkin or cooked sweet potato.

The bland diet most vets suggest is ground beef and rice, but it isn’t as effective, in my opinion. Beef is higher in fat, which can increase inflammation and promote pancreatitis. Rice is an unnecessary complex carbohydrate that often ferments in the GI tract, causing gas, bloating and additional GI irritation.
​
If your dog has been diagnosed with IBD and you’re feeding a bland diet, I recommend working with a holistic or integrative veterinarian. After the bland diet, you’ll need to choose a novel, balanced, low-residue and preferably fresh food diet.
A novel diet will give your pet’s GI tract and immune system a much-needed rest, and the anti-inflammatory nature of the diet will support healing. 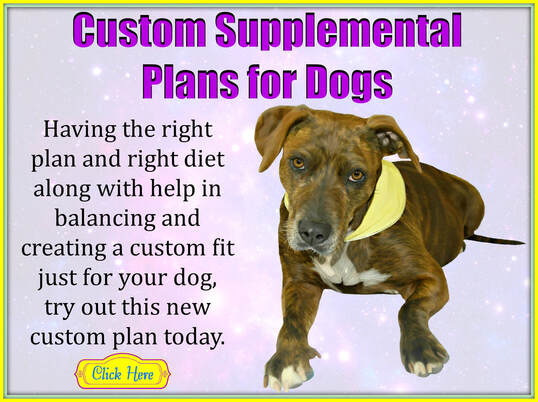 ​​You and your vet should also discuss appropriate supplements, including a high-quality pet probiotic to help heal and reseed the gut with healthy bacteria. In addition, there are numerous herbs and nutraceuticals that are excellent in helping to reduce GI inflammation and IBD symptoms.
​
Whether these supplements are introduced before, during or after a dietary change depends on your dog’s individual situation. Transitioning too soon or incorrectly can actually lead to a worsening of symptoms, which is why I strongly encourage you to get professional guidance from a holistic or integrative vet.
​
Other environmental and lifestyle factors you should address include future vaccines (which I don’t recommend) and other veterinary drugs (including the prescribing of dewormers without confirmation of parasites), as well as any potential toxins in your pet’s environment or lifestyle that could be contributing to unaddressed inflammation.