A dog's feces varies somewhat according to whether he eats kibble, canned, or home-prepared food. But all well-formed dog poo shares certain characteristics. First, healthy stool should have a relatively inoffensive odor. For another, it will typically be brown and of an even, well-digested consistency.

Pet food industry professionals use a scale of 1 to 5 to rate poop quality. Usually, 1 means liquid diarrhea, whereas 5 indicates a hard and dry stool. The industry generally agrees that 4 is ideal, says Claudia A. Kirk, DVM, PhD, Dipl. ACVN and ACVIM. Dr. Kirk, an associate professor of medicine and nutrition in the Department of Small Animal Clinical Sciences at the College of Veterinary Medicine, University of Tennessee, describes the perfect 4 as "a light- to dark-brown stool that is well-formed, firm but malleable, moist, and does not fall apart when picked up."

Understand that every dog has her own version of "normal." To be able to distinguish the good from the bad, you need to know your own dog's poop when she's absolutely radiant with good health!
​However, you'll need to be concerned when diarrhea is severe, contains or smells of blood, contains raspberry-jam like mucus, is accompanied by other signs of illness, or continues for more than a couple of days. In these cases, it could be telling you either that the diet is wrong for the dog or that the dog may be--perhaps urgently--ill. Even in less dramatic cases, dehydration is always a danger with diarrhea; and chronic diarrhea can lead to malabsorption and long-term degradation of health.

Possible causes for constipation include feeding a very high-fiber diet to a dog who doesn't drink enough water to hydrate the fiber; lots of bone meal in the diet; iron supplements; opioid drugs, or consumption of indigestible items like wool, hair, plant material, rocks, or kitty litter. Lack of exercise, obesity, diseases that decrease water intake or increase output (such as diabetes, renal disease, liver problems, etc.), and hypothyroidism can all cause constipation.

Ideally, every dog should have available a source of fresh water at all times. This is true even for dogs who eat raw diets and canned foods, which contain lots of moisture. However, if you're gone all day or if you crate your dog (and especially if you feed dry kibble), provide water in the morning and assure unrestricted access to it in the evening and at night, so that he can drink until satisfied.

Anything that causes constipation could cause straining, plus any inflammation of the colon, rectum, or perianal region. Also seen with lower urinary tract disease. You must figure out whether the straining is related to defecation or urination, as urinary obstruction can be rapidly fatal.

* Poop that is flat on one side

An enlarged prostate can press against male dog's rectum, causing him to strain and then pass a stool that appears flat on one side due to squeezing past the obstacle. It may also have a squishy or mushy consistency, for the same reason. If you see one-side-flattened feces, have your dog's prostate checked.

A sign that your dog is not digesting the fat in his food. If it continues, look into possible causes of malabsorption, including pancreatic trouble, parasites, or others.

Excessively stinky stools can occur for variety of reasons. In Dr. Kirk's experience, high meat diets typically produce the worst odor due to the skatols and sulfides produced during meat breakdown.

In contrast, Lennon has found that with appropriate raw fare, dog poop frequently has almost no odor at all. As with most other aspects of stool quality, a healthy dog on raw rations may exude a wider array of aromas in her feces than a dog on processed fare, but Lennon has seen dogs on processed food whose stinky poop has become perfectly pleasant after switching to raw comestibles. Again, the suitability of the diet to the dog and the degree to which the dog has adjusted to the diet will play a crucial role in the olfactory aspect of doggy-do.

In any case, feces should never smell alarming; a scent of blood or severe rancidity should alert you to something amiss. Beans and some cruciferous vegetables may cause flatulence, due to certain starches that break down poorly in the intestinal tract. Food allergies or sensitivities can result in smelly gas and stool, too.

Intestinal parasites, such as Giardia, create their own end-products that also smell. Viruses, such as canine distemper, have a specific effect on the GI tract, as well. Both are examples of conditions that produce distinctive, identifiable stool odors. 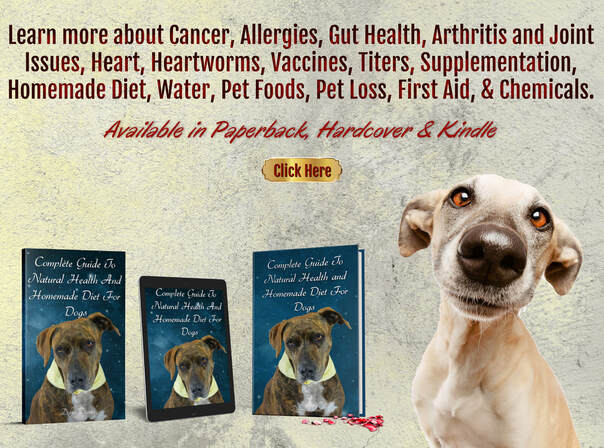 Poop may at times contain indigestible food chunks such as raw carrot, whole nuts, or unchewed (whole) seeds. Grass is also common; dogs eat it for many reasons, one of which is to help them clear out troublesome matter from their digestive tract.

However, non-food items such as bits of plastic, wood, or other intriguing things can cause a blockage or other problems. If their appearance is only occasional, you probably don't need to be concerned. Do, though, look for ways to stop your dog's access to non-food "extras."

Dr. Karr-Lilienthal points out that when a dog's poop contains significant quantities of his own hair, it can indicate a problem - but one involving the skin, rather than the digestive system! If you see a lot of hair, think: possible allergies, fleas, or insufficient grooming--by you or by the dog!

Mucus means an irritated colon. The trouble can range from mild to severe, and is caused by common culprits--"wrong" bacteria, parasites, viruses, sticks passing through, etc. If it doesn't clear up after a bowel movement or two, you'll need to figure out what's up.

If she otherwise seems perfectly fine, don't worry if your dog occasionally fails to defecate for a day or two. But if she hasn't passed any stool or gas for a couple of days, or is vomiting, dehydrated, and/or her abdomen feels tender and hard, she may have an intestinal blockage. If blockage is total, your dog will need immediate surgical intervention, as this condition quickly becomes life-threatening.

Signs of partial blockage include slightly bloody or watery brown feces, which may indicate that the intestine has telescoped in on itself. Swallowed objects that can block the intestines include stones, bones, toys, or, according to Dr. Karr-Lilienthal, chunks of hard chew items such as "Greenies." By the time you notice it, the damage caused by blockage may already be quite severe.
​Green may not always mean there's something wrong, but it can indicate imbalances. These may be momentary and caused by something recently eaten, or reflect longer-term problems such as parasites or an organ issue. 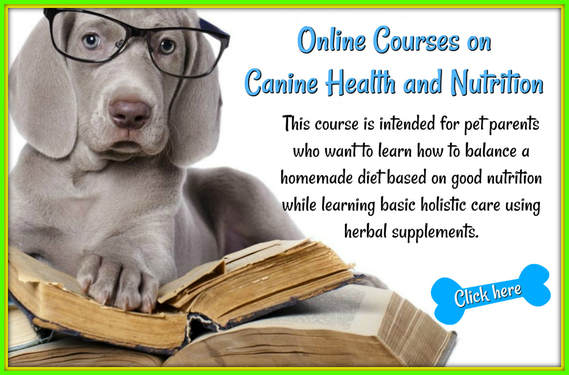 White or very pale and hard. This is often produced by dogs on a raw diet containing bone meal. It may appear in one feces but not in another on the same day. It may be slightly difficult for the animal to pass, as it can be comparatively hard, but is not usually a cause for concern.

Bloody (red). This is an emergency situation. It could have been caused by the dog having swallowed something that's causing damage in the GI tract, or by a severe food allergy. It can also signify other problems, such as cancer. Frank red blood or mucus that looks like raspberry jam can indicate life-threatening disease. When you see bloody stool, have your dog seen by your vet right away.

Black or tarry. Tarry or black stool, possibly resembling coffee grounds, may signify bleeding from the stomach or from high in the small intestine. Blood from high in the GI tract gets digested on its way through, which is why it comes out black. This is obviously an emergency. However, a meal of raw organ meats, such as brain or spleen, may also produce black feces in healthy dogs. Dr. Kirk adds that Pepto-Bismol can cause very dark stool. If you don't know why your dog's stool is black, get qualified help, quickly.

So, dig in and get a load of what you can learn from your dog's poop. What it has to tell you could save your dog's life, and will certainly give you guidance about how to best support his health.

And don't feel too self-conscious! Most likely, the only one who will stare at you while you're scrutinizing what he left behind is your dog, himself. While he might find your sudden interest a bit curious, he won't think it's weird. After all, poop is one of his favorite subjects. Don't you care more about his opinion--and his well-being--than what anyone else thinks?

​While we are on the poop subject:

You always know when a client is having a problem with his dog eating poop. The conversation invariably starts with this question: "Do you think there might be something missing from Fido's diet?" What would prompt them to think that Fido has a nutritional problem: Poor hair coat? Skinny? Dull eyes? Poor muscle tone? Poor endurance? Gum disease?  Possibly, but the one thing that is certain to raise the question is when the dog engages in coprophagy (that's the  scientific  name for eating poop).

Well, gee, let's see...I'm reading the label on the dog food, checking the ingredients, and by golly, they're right! Poop is not listed in the ingredients anywhere. The dog is eating his stools because his diet is deficient in manure...NOT. One may also note that the list of ingredients also does not include dried-up, run-over toads. Dogs will certainly eat them, though.  Rotten carrion is also glaringly omitted (or at least not mentioned by name). Yet dog owners are well aware that a dog who finds something dead and rotten will roll in it, eat it, vomit it up, roll in it some more, eat it again, ad infinitum. To a dog, this putrid mess is a tasty treat, fashion accessory and designer fragrance.

The fact that dogs enjoy eating disgusting things (and then offering you a slobbery kiss) does not indicate a deficiency in their diet. It is an indicator of "dog-ness", proving once again that a dog's idea of personal hygiene is considerably different from yours.  He eats poop because he likes it, similar to the people who eat head cheese, sushi, pig's feet, tripe, and anchovies.

How can you keep a dog from eating poop? Pick it up before he does. My experience has been that determined coprophages are not deterred by these puny efforts.

Personally, I have a strong urge to go brush my teeth.