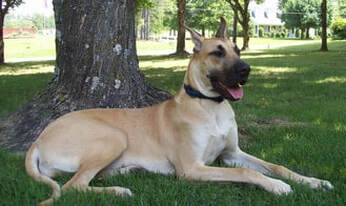 You said in an earlier post that antibiotics and non-steroidal anti-inflammatory medications used for arthritis probably cause kidney failure. Would you have available those medications that could cause kidney failure?
​The entire class of non-steroidal anti-inflammatory medications can cause kidney damage due to constriction of blood vessels in the kidney. This would include aspirin, carprofen (Rimadyl Rx), etodolac (Etogesic Rx), phenylbutazone (Butazolidin Rx) and others.
​I don't think that any of these medications are highly likely to cause a problem in any individual patient, with the possible exception of the aminoglycosides, which must be used very carefully whenever they are used. However, when kidney failure signs occur and any of these medications are being used it is prudent to evaluate the necessity of the use and to consider adjusting the dosage or changing medications, if possible.

There are other medications that are linked to kidney damage to some degree. These include thiatarsamide (old heartworm treatment medication), chemotherapy agents such as cisplatin, amphotercin-B (antifungal agent), enalapril (Enacard, Rx; used for heart failure and sometimes to treat kidney disease because of beneficial effects it has in most patients), methoxyflurane (anesthetic) and iodinated contrast dyes used to help improve the ability to see problems on X-rays. All of these medications have uses that often make taking a small risk of kidney failure reasonable -- but again, when problems occur they have to be considered as possible causes.

Learn to recognize the signs of Kidney Failure in Dogs.
​