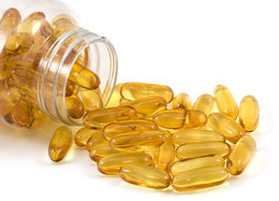 My much loved Neapolitan Mastiff is now 3 years old, but he very nearly didn't make it to his 3rd birthday due to fish oil tablets, this is his story.

Neo is a beautiful dog, a much loved member of our family. His favorite activities include stealing my shoes, long walks, socializing with other dogs at the park, sitting under the mulberry tree eagerly awaiting ripe mulberries to drop off for a snack, car drives and relaxing on the couch with his head on my lap.

His dislikes include, bath time, swimming, cats, vacuum cleaners, lawn mowers and being roused on when naughty (when roused on he gets the sulks and goes and sits in another room until I come and apologize -LOL).
The specialist couldn't see anything obviously wrong with him, and said it's most likely arthritis with him being such a large dog, and we were prescribed with Rimadyl for the pain and inflammation.
​Both the vet and the specialist said I should also supplement him with Fish Oil and Glucosamine. I mentioned Neo was already taking fish oil and had been all his life as the breeder said they were great for healthy joints and a beautiful coat, with regards to the fish oil I told them he was having 8 capsules a day (keeping in mind he's an 80kg dog, 4 each meal), both vets said this was a good amount.

Neo's condition deteriorated gradually over the next few weeks, he had so much trouble standing up and sitting down, he seemed to be in pain. I went back to the specialist who gave Neo a prescription for Tramadol in addition to the Rimadyl. He said if there was no improvement he would need to do exploratory surgery and take x-rays and biopsies etc. Unfortunately as he is a specialist he was very busy with emergency cases so this couldn't be for another week.

The next day Neo's condition had worsened, he wasn't himself, he was puffing without exercise, he was pretty much paralyzed in the back legs now, i had to help him up a lot of the time and he was yelping in agony when touched and even randomly yelping when resting.
​A nervous day spent awaiting the results and thankfully the ultrasound came back clear. We discussed the options available including low dose short term only steroids and also stem cell therapy, I decided to think about both, still not certain in my mind it was arthritis. We also discussed supplements such as glucosamine, fish oil, Sasha's blend (green lipped mussel) and he even suggested milk thistle for Neo's liver if he took the steroids.

After our visit to this vet I also took Neo to a naturopath, the naturopath said fish oil was great for dogs, also glucosamine, he said the human stuff was better than the pet stuff and cheaper. He also gave us some herbal treatments for pain management.

Still not content (the amount of pain he was in seemed enormous given that he was on heavy pain killers), he also seemed to be in pain everywhere, not just his back legs or back, it just didn't make sense to me, and I wasn't ready to give up on Neo and resign him to a life of pain management and horrible drugs until I had a definitive diagnosis, not a "maybe" or "probably".

So I got on the internet and spent several days and sleepless nights researching causes of extreme pain and lameness, when finally I came across several articles about "vitamin E deficiency", and then the more researched the more everything fit!

The articles said it was very rare in dogs (it's apparently seen more often in cats that eat tinned tuna) and extremely hard to diagnose, but symptoms included:

- weight loss (although no loss of appetite)

- premature aging
​I could tick pretty much every box except the cataracts, Neo had 2 edemas earlier in the year in both his back legs, at the time the vets couldn't explain them, biopsies were negative for nasties, they were just "inflammatory fluid", I was told they were most likely bites, although they appeared to come from the "inside" of the leg, ie there was never any "bite" mark, no damage to the external skin, I had no reason to think these were related in any way to his "arthritis" which started months later.

As for the premature aging his face was also going gray already, which I thought was unusual for a 3 year old dog, which was one of the reasons I asked the vets to ultrasound his organs for tumors.
The good news is, as soon as I read these articles and all the puzzle pieces just fell into place, I drove straight to the 24/7 chemist, bought vitamin E capsules (the natural vitamin E) and started him on them immediately and threw out the fish oil tablets. Within 24 hours he was able to get himself up without any help, later the next day he was up and walking around again albeit stiffly and limping, within 2 days he was barely limping and all the yelping had stopped, he was also able to stand up and sit down easily again.

After 3 days the limp was gone and his pain was almost gone, I started reducing his Rimadyl and pain killers gradually and after only 1 week he was running, jumping, playing, back to his old regular cheeky self again, and he was free of all medications!!!

Even with the rain this week and colder weather he hasn't shown any signs of "arthritis", he's like a puppy (albeit a giant one) again! I have my boy back! 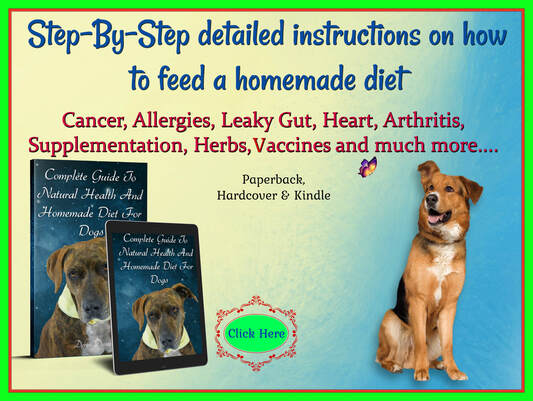 ​Two weeks ago a guy from work told me about his 10 year old Maltese, who was collapsing, lame, had cataracts, he was being tested for "Cushing's disease", he'd already being tested for spleen cancer and diabetes. I curiously asked him if he fed his boy fish oil tablets, he said yes he was fed 2 per meal for his arthritis, had done so for years.

I suggested 4 fish oil tablets a day for a little dog like that might be a worry, and suggested he stop the fish oil and get the vet to test for vitamin E deficiency instead, and sure enough the test was positive, he had acute vitamin e deficiency. Within a week his boy was cured too.

So this got me wondering, if a guy I work with also has this problem with his puppy, just how many other people's dogs is this happening to? Are vets diagnosing any general unexplained pain as just blanket "arthritis"? Are dogs being put to sleep because they have "chronic arthritis" when all they need is a $5 bottle of vitamins for a complete cure? Are we killing our best friends with love (aka fish oil/omega 3)?

I decided to write this post in the hope that it will save a dog's life. This information is really hard to find and studies are only just starting to come out about the dangers of over supplementing fish oils without balancing them with vitamin E, and most of those are human studies, and humans generally get much more Vitamin E in their diets than dogs do. ​As a giant breed, Neo was told by his breeders to take fish oil as a preventative and for a nice coat, and his vets all agreed, yet this almost killed him. Fish oil isn't as safe as vitamin sellers would have people believe.

Below I'll go into some more detail about what my research turned up for those who are interested. I'm not a vet or a scientist so please do your own research and speak to a decent vet about it who is aware of vitamin E deficiency before supplementing your dog with anything!

From what I've read vitamin E deficiency can be caused by any of the following essential fatty acid containing products, but especially combinations of them:

- Some dogs have digestive problems which prevent them from digesting fats (and consequently vitamin E) properly.

(Note: Apparently fresh raw fish is ok because it contains vitamin E naturally, but freezing, cooking, canning, processing it kills the vitamin E but leaves the omega 3's intact.)
​You can avoid vitamin E deficiency in your dogs by simply supplementing them with SMALL amounts of vitamin E if you give them fish oil or buy a decent brand of fish oil that has enough vitamin E added to offset the depletion (I understand it's as little as 4 IU - 10 IU of natural vitamin E per 1000 mg of fish oil is all that's required to prevent the fish oil from depleting a dog's vitamin E levels). But the amount you need to give your dog will obviously depend on how big the dog is, and how much essential fatty acid containing products and foods with vitamin E they already consume as part of their diet.
​
(Dosing is listed at bottom of page)

So don't run out and buy 1000 IU vitamin E tablets and give them to your dogs! Too much fish oils (essential fatty acids) deplete the body of vitamin E, but too much vitamin E will apparently increase the dog's requirements for vitamin A, vitamin K and vitamin D! (It's quite a balancing act, which is why supplements can be dangerous!) Also vitamin E in mega doses like 1000 IU's can cause bleeding/hemorrhaging because it thins the blood.

Below is a quote from the website My Dog Yogi (see article below) I found the most useful, and the one that saved my Neo's life:

Essential Fatty Acids, such as Omega-3 fatty acids, provide for a number of major vital functions in our dog’s body (as well as our own) and are quickly becoming a popular supplement among veterinarians to treat a wide variety of ailments.

Omega-3 supplements are commonly used for treating allergies and soothing irritated, itchy and flaky skin. They can significantly reduce joint inflammation to help reduce morning stiffness and painful joints in arthritis patients. Plus they are now being recommended in cases of kidney disease, heart disease, cancer, elevated cholesterol, autoimmune disorders and diabetes.

All that doesn’t mean you should wait for your dog to be sick to supplement his diet with Omega-3's. In healthy dogs, it helps promote healthy skin, a shiny coat (which helps reduces shedding!), healthy brain function, and boosts the immune system.
​Essential fatty acids are grouped into two families: Omega-6 and Omega-3. Processed dog foods already contain high amounts of Omega-6 (from meat, fat and plant matter), but lack sufficient quantities of Omega-3. So it is important to add good sources of Omega-3 daily to your dog’s diet.

While many pet food manufactures are adding flaxseed to their kibble as their source of Omega-3, I have found that the very best source of usable Omega-3's for dogs is in fish body oils (not liver oils).
When giving fish oil on a regular basis extra vitamin E, an important fat-soluble vitamin and antioxidant, is typically needed. Fish oil oxidizes easily and the body will use up its stores of vitamin E when processing fish oil. Therefore sufficient vitamin E is required in the diet to prevent a vitamin E deficiency in your dog.

I encourage you to work together with your veterinarian to determine if a fish oil supplement is okay for y​our dog and to find out dosage information for both the fish oil and vitamin E.
​Holistic And Organix Pet Shoppe here:

Fish oil is safe and recommended as long as you give an added supplement of
​Vitamin E at least 3 times a week.


Provide this 3 times a week along with quality fish oils.