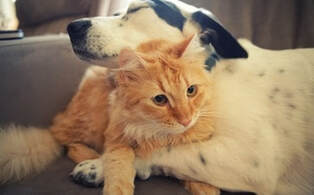 Today I’m chatting with Dr. Rob Silver. Silver has been a veterinarian for over 30 years, and practices in Colorado. He’s also recently written a book, and I’m excited to talk with him about it today.

Silver's new book, called "Medical Marijuana & Your Pet: The Definitive Guide," is written for dog and cat owners to help them understand the benefits and risks of marijuana for pets, as well as regulatory issues.

He's been studying the subject for several years now, because he's concerned about the number of dogs being admitted to emergency animal hospitals after ingesting marijuana edibles. In addition, he's an herbalist, so he's naturally curious about the use of plants to prevent and treat illness.

Silver's veterinary practice is in Colorado where medical marijuana for people has been legal for several years. As a result, he has many clients tell him they've given their own marijuana to a pet.
Typically the pet has a medical problem, and the owner expresses interest in giving the animal a "different high."

Silver is absolutely against that approach. Animals don't like getting stoned. It's the THC (tetrahydrocannabinol) in marijuana that produces the high. THC is a Schedule 1 drug according to the FDA, and it's illegal for a vet to prescribe cannabis that contains THC.

However, Silver believes it may be legal for veterinarians to prescribe cannabinoid oil, but to date there's been no test case. And "the government can get kind of edgy," as Silver points out.

Silver has no interest in being a test case. His interest is in being a source of information to help people avoid becoming a test case!
​Silver says according to the pet owners he talks to, one of the most common applications for CBD is for anxiety and behavior issues in dogs. It seems to work very well for hyper dogs, and at low dosages.
​Products containing CBD are expensive, so being able to use lower doses makes them more cost-effective.

Studies on cannabinoids (which is the name for molecules found in cannabis, both marijuana and hemp) show they have a strong affinity for the brain and nervous tissue, and are able to easily cross the blood-brain barrier.

There's also evidence that CBD is helpful for certain kinds of seizure disorders, although probably not as a standalone treatment. Another use is in closed-head trauma patients.

And even in the case of emotional illness, for example, post-traumatic stress disorder (PTSD), CBD has application in human medicine. Silver is also curious about other applications that haven't been studied yet, for example, the use of cannabinoids in dogs with degenerative myelopathy.

CBD is also being studied for its use in pain management. There's a significant amount of evidence that supports its use for pain control. And since cannabinoids work differently in the body than narcotics and also non-steroidal anti-inflammatory drugs, they can be used together without the risk of drug interactions.

CBD is also helpful with cancer pain. Silver had a client with a dog who had osteosarcoma (bone cancer) and was in a great deal of pain. The client decided to offer cannabinoids to his pet, and after just five days, the dog was once again able to begin putting weight on the leg with the tumor.

Silver is happy to report that as of this writing, the dog continues to well on the cannabis!

There's also evidence CBD may shrink tumors. However, what people are discovering is that cannabinoids, like many Chinese herbs used to treat cancer, work well while in use, but if they're discontinued, the cancer returns.

In his new book, Silver discusses both hemp and marijuana, and cautions that the advice he offers applies to people who live in states where marijuana is legal. He doesn't sanction its illegal use. Because of the problems with THC, Silver emphases the value of hemp as an alternative. However, there are people who have easy access to high-THC cannabis, and so he offers recipes for people who grow their own or buy it raw.

He discusses the use of extractions of coconut oil, olive oil, and butter to process plants into a low-potency liquid that contains just the beneficial cannabinoids. He also describes how to introduce it to a pet slowly and gradually to avoid any adverse reactions.

The book contains a guide to dispensary products for people who are able to buy medical marijuana from a dispensary in their state. There are seven products Silver recommends avoiding, including those that contain chocolate, raisins, and macadamia nuts, all of which are toxic to dogs.

"Medical Marijuana & Your Pet" also features a wealth of stories about Silver's patients and experiences with his own pets. He talks about both successes and failures.

Many Thanks to Dr. Rob Silver!

There aren't many veterinarians familiar with the use of medical marijuana for animals, so Silver is providing an important service in collecting data and sharing his knowledge with pet owners.

If you'd like to read Dr. Silver's book, you can order it in several different formats through his Well-Pet Dispensary. ​ 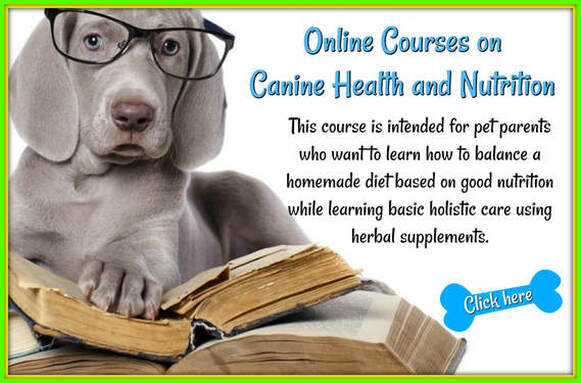