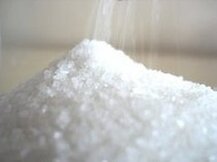 Organic consumers and nutritionists may already know, but the rest of the general population does not know about sodium benzoate. It has the ability to deprive the cells of oxygen, break down the immune system and cause cancer.

This killer is flying under consumer radar with its user friendly tag line, "as a preservative." This silent cell choker has found its way into thousands of products, even foods that are labeled as all natural. But don't be fooled. While benzoic acid is found naturally in low levels in many fruits, the sodium benzoate listed on a product's label is synthesized in a lab.
The FDA says it's safe because the amount used to preserve foods is very low, but don't ever combine it with vitamin C or E, as this causes benzene to be formed. This is dangerous. Benzene is a known carcinogen, which means it causes cancer.

Okay, so this should be easy. Never, ever mix vitamin C with pickles, peppers, salad dressings, jams, most condiments, vinegar, fruit juices, salsa, dips, shredded cheese, ketchup, or diet or regular soda. Don't forget about mouthwash, toothpaste, cough syrup, cream, lotion, and hundreds of cosmetic products.
So now why is it put in food? It's the cheapest mold inhibiter on the market, so it's all about the money. Acidic foods tend to grow bacteria, mold and yeast more easily than non-acidic foods, so the sodium benzoate extends the shelf life, while it shortens human life.

Cancer is all about the cumulative effect. When the human body is exposed repeatedly to any level of this carcinogen, which rears its ugly head in thousands of products, the immune system, over time, is depleted to the point that one acquires an immune deficiency. Then the body does not have enough essential nutrients to detoxify, and this occurs at the cellular level. Parkinson's, neuro-degenerative diseases, and premature aging have all been attributed to this infamous preservative. 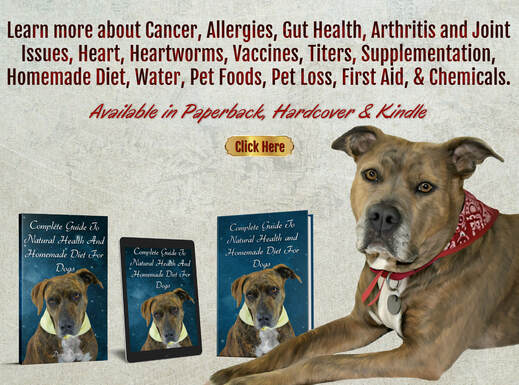 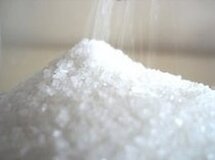 Sodium benzoate is a sodium salt that occurring naturally in some foods, but is also widely used as a chemical preservative. It is used mainly as a food preservative, but is also found in cosmetics, dyes, pharmaceuticals, industrial settings. Sodium benzoate is a common ingredient in highly processed foods such as carbonated sodas, vinegar, fruit juices; in mixed ingredients like salad dressings; and to stop the fermentation process in wines. The U.S. Food and Drug Administration (FDA) and the Health Protection Branch in Canada (HPB) report that in low doses it is safe for consumption, although when combined with ascorbic acid it forms the chemical benzene, a suspected carcinogen.
​Other Uses

Besides its use as a preservative in food, sodium benzoate is used in cosmetic products like mouthwash, toothpaste, deodorant, lotion, and shampoo. This is usually done to keep bacteria from growing in the products. It's also used in medicinal syrups, ointments, and pills. Industrially, sodium benzoate acts as a corrosion inhibitor, and is used to keep many different types of metals from rusting. It's commonly used in metal cans containing liquid foods or household cleaners, manufacturing machinery that is exposed to moisture, and in vehicle engines.

When combined with ascorbic acid — also known as vitamin C or citric acid — the preservative converts to benzene, a carcinogen reported to cause leukemia, DNA damage, damage to mitochondria in cells, cell death and Attention Deficit Hyperactivity Disorder (ADHD). Additional studies show that sodium benzoate mixed with certain artificial food coloring causes hyperactivity in children. Since many people consume soft drinks on a regular basis and the preservative is usually unnoticed in most diets, benzene levels may be very high for heavy soda drinkers.
​Tests on Food and Resulting Actions

In 2005, the FDA tested nearly 200 soft drinks and related beverages for benzene and found only ten that scored higher than the recommended allowance. More than half tested negative for benzene or contained levels that were below the allowance. Still, in response to consumer concerns, soft drink manufacturers in the US have also begun eliminating artificial colors from their drinks to lower benzene levels. The Foods Standard Agency Board (FSAB) of the United Kingdom began removing artificial food coloring from foods in 2009.

Those who wish to reduce exposure to benzoates should carefully read labels on products and avoid those with benzene, benzoate, or benzoic acid; especially when combined with ascorbic acid, citric acid, and vitamin C ingredients. It may also be a good idea to limit soft drinks and processed fruit juices, especially for children.