Serotonin Syndrome in Cats Can Be Fatal If Not Caught Immediately 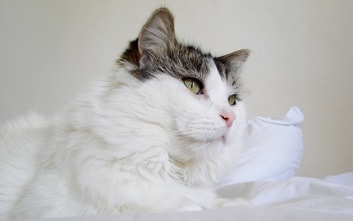 I read a rather disturbing article recently about the side effects of anti-anxiety medications given to indoor cats. The article said not a word about the causes of feline stress or how to prevent the problem (more about that shortly).

It simply described the signs to look for, and then went on to talk about the increase in recent years of serotonin syndrome in house cats.

In the traditional veterinary community, these drugs are prescribed (and in my opinion, over-prescribed) to treat behaviors including depression, anxiety, and obsessive-compulsive disorder.
​Medications, Supplements, and Foods Associated With Serotonin Syndrome

In addition to SSRIs and SNRIs, medications and supplements that have been implicated in serotonin syndrome in pets include:

Holistic supplements alone are almost never the cause of serotonin syndrome.

If your cat is taking a drug intended to alter his behavior, you should consult your holistic veterinarian before also giving supplements used for the same purpose.

Symptoms and Diagnosis of Serotonin Syndrome

The most common causes of serotonin syndrome in cats are accidental ingestion or overdose of a single drug (prescribed for either human or veterinary use). 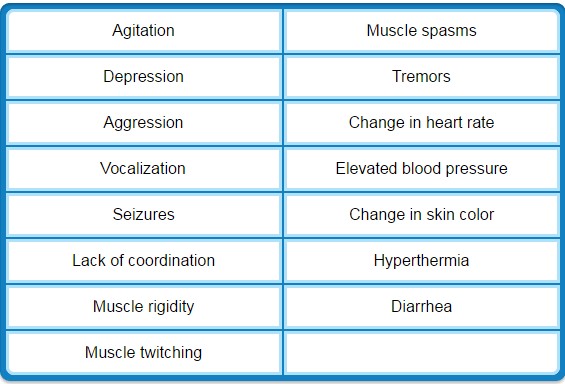 ​No specific test exists to detect serotonin syndrome, so your veterinarian will need to know your pet's history of drug ingestion, evaluate clinical signs of the condition, and conduct blood tests to check for infection as well as unknown substances your pet may have ingested.

Neurological testing to measure reflexes and coordination will also be performed to help pinpoint the specific areas of the nervous system that are affected.

If drug ingestion or overdose is caught early enough – usually within 30 minutes – activated charcoal may be given to try to limit the amount of drug absorbed into the cat's system. This is especially important if extended- or sustained-release medications have been ingested.

If the kitty is stable and the drug is still in the stomach, vomiting may be induced or the stomach may be pumped to remove the drug from the body.

Targeted drugs may be administered to manage severe central nervous system effects, seizures, and severe tachycardia (rapid heartbeat). Drugs known to block the effects of serotonin may be given to help manage symptoms of agitation, hyperthermia, and vocalization.

Fluid therapy is also an important feature of managing serotonin syndrome to help support the cardiovascular system and protect the kidneys. And needless to say, all medications and supplements that may increase serotonin levels should be discontinued.

If treated quickly, serotonin syndrome is less likely to be fatal. When the condition results from immediate-release types of medications, symptoms will diminish within 12 to 18 hours. If the product ingested was extended- or sustained-release, the cat can be symptomatic for up to 48 to 72 hours.
How to Treat Your Cat's Anxiety Without Drugs

If your cat hasn't been seen by a veterinarian in the last six months, I recommend scheduling a wellness exam. Illness in kitties can cause stress and affect mood, so you'll want to rule out any underlying physiological issues that may be contributing to behavior or emotional problems.

It's important for his overall health to reduce physiologic and metabolic stress on your cat through proper nutrition. Evaluate your kitty's diet and if necessary, consider transitioning to a fresh, balanced, organic, and species-appropriate diet with no genetically modified (GM) ingredients.

Evaluate the toxicity level of your home. PBDEs (flame retardants) found on many upholstered furnishings are well-known animal endocrine disrupters and have the potential to change your cat's neurochemistry.

Most conventional cleaning supplies and plastic food and water bowls contain phthalates and BPA, which can affect systemic health, and some pine scented floor disinfectants are just plain toxic to cats. Scented candles, room sprays, and plug-ins are, by nature, offensive to your cat's olfactory senses.
Evaluate the potential toxicity coming from your conventional veterinary clinic. Vaccines, feline heartworm medications, topical flea and tick products, and the myriad of other drugs some veterinarians endorse can not only cause a change in your kitty's biochemistry, they also have the potential to affect her personality.

Environmental enrichment for kitties can be tremendously beneficial in relieving stress and anxiety. Enriching your cat's surroundings is about creating minimally stressful living quarters and reducing or eliminating unusual external events that cause anxiety.

Any change to her daily routine is experienced by your cat as a stress-inducing event. The goal is to minimize change and maximize the amount of control kitty feels over her situation.
​Consider natural remedies designed to calm stressed-out kitties such as Spirit Essences and OptiBalance cat and kitten formulas. You might also consider EFT or TTouch for animals. I also suggest using Feliway pheromone spray, and homeopathic remedies (based on your cat's specific symptoms).

I don't believe in using psychotropic drugs as a first line of defense to treat emotional or behavioral issues in animals. They are sometimes appropriate in extreme, intractable cases or when a pet is causing harm to himself or others.

Sometimes they can be used as an interim measure to interrupt the cycle of behavior at the same time other less harmful remedies are being attempted. But my general recommendation is to try a wide variety of natural remedies first, since every drug has side effects, and there's always at least some risk of overdose. 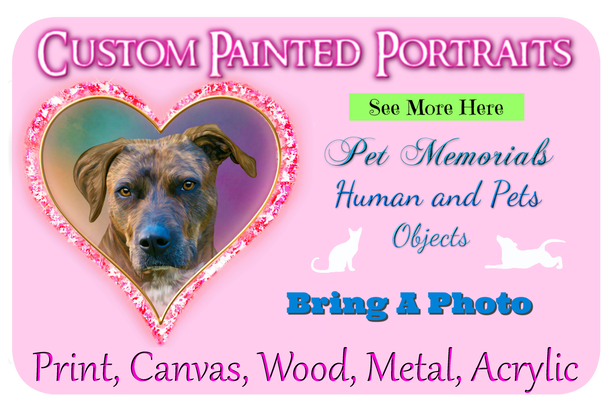