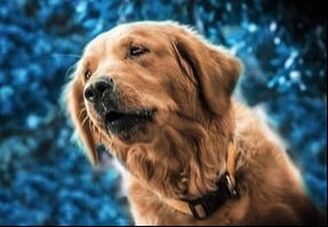 ​By All Natural Pet Care

In this age of chemicals and additives, pollution and sporadic policing of pet food for mycotoxins and other contamination, it is imperative that we use any natural means at our disposal to help our pets defend themselves internally.

In the wild, virtually every group of animals instinctively seeks out natural cures and digestive aids that aren't typically available in captivity. One of these instinctively utilized wonders is Calcium Montmorillonite and similar smectite clays. Termed 'Pelotheraphy', therapeutic use of clay and earth has been used for centuries, spanning some 200 cultures. There is documented instinctive usage by countless animal species, including birds, cattle, wolves and fish.

Nobody sums up the general purpose of ingesting clay better than Ran Knishinsky. In his book, The Clay Cure, Mr. Knishinsky explains "When the immune system does not function at its best, the clay stimulates the body's inner resources to awaken the stagnant energy. It supplies the body with the available magnetism to run well. Clay is said to propel the immune system to find a new healthy balance and strengthens the body to a point of higher resistance."

The most wondrous function of clay is how it supports a healthy digestive system in so many ways, and then offers minerals for that optimized digestive system to uptake and utilize. Calcium Montmorillonite Clay is nature's perfect example of holistic care, benefiting the body three general ways:

In his book The Trace Mineral Story, Dr. Melchior Dikkers concluded the following after extensive research and observation.

The results of my research and findings on the natural clay mineral Montmorillonite, are as follows:

1. The mineral absorbs toxic substances from the intestinal tract, and at the same time possesses a healing and soothing quality.
2. The absorptive power of this natural clay - mineral compound is very great. It absorbs gaseous substances - and aids in regularity.Pet Colon Cleansing with Calcium Montmorillonite Clay
3. The natural clay mineral helps supply mineral trace elements that may be lacking in the diet.
4. The natural trace elements act as catalysts which aid in metabolism, and cell building.
5. These minerals form a gel-like substance that acts as a protective coating in the intestinal tract.
6. These minerals contain both ferrous and ferric iron. Ferrous irons for the hemoglobin (red coloring-matter of the blood) formation, and ferric irons for the muscular cells.
7. Minerals function in maintaining osmotic pressure and influence contractility of muscles.
8. Minerals enter into the synthesis of every living cell and they influence the vital processes of oxidation, secretion, growth, and reproduction.
9. Mineral elements are essential to the structure of certain complex chemical compounds, which influence the course of metabolism.
Animals demonstrate mineral deficiencies in a wide variety of ways, from behavioral to more obvious symptoms. Rabbits and Hamsters, for example, may cannibalize their young or pull the fur out of cohabiting animals. The impact on dogs & cats can vary from allergies to arthritis. The effects in breeding animals can be devastating, including small litters, high losses of newborns, poor growth rates, deformities and long-term health issues. Grazing animals can only obtain mineral-rich vegetation if it's grown in mineral rich earth, but with the depletion of farmland they are suffering from deficiencies. Calcium Montmorillonite Clay boasts over 60 macro/micro/trace mineral elements, including Calcium, Iron, Magnesium, Phosphorus, Potassium, Silica, Manganese, Boron, Bromine, Chromium, Cobalt, Lutetium, Nickel, Selenium and Zinc.
​Montmorillonite Clay Holistic Pet Animal Treatment
The removal of a full spectrum of toxins is one of Calcium Montmorillonite Clay's main claims to fame. It can assist the body in ridding itself of heavy metals and toxins through binding (adsorption), made possible by its negatively charged ions seeking out positively charged ions (toxins) throughout the body. It is even capable of dealing with radiation to a point where nuclear waste is buried in it as a natural barrier in case of leakage.

The effect of clay supplements on bacteria such as E. coli, Mycobacterium and Salmonella was studied in 2008 at Arizona State University. This study concludes "Our results indicate that specific mineral products have intrinsic, heat-stable antibacterial properties, which could provide an inexpensive treatment against numerous human bacterial infections." There is no shortage of recent studies with animals as the subject. Scientists have documented issues with mycotoxins in numerous studies as causes of poor performance and mortality. In 2007, animal scientists at Texas A&M University demonstrated definite effectiveness of Calcium Montmorillonite Clay as an aflatoxin binder in animal feeds.

Many manufactured pet foods contain clay in one form or another, but unfortunately it is often too extensively processed to be beneficial to the animal. Dr. Sheila Schils offers an excellent article that explains clays and how they work in her paper, "What Was Old Is Now New. The Use Of Clay In The Fight Against The Harmful Effects of Ammonia." She provides us with a list of clay chemical names that we may see in an ingredient list:

Usage: Arguably but most commonly recommended, Calcium Montmorillonite Clay is best taken on an empty stomach. It can be stirred into water (it is relatively neutral in taste). If your pet won't drink it, try mixing it into a little bit of their favorite wet food. Wait two hours and give them their normal breakfast and feed normally for the remainder of the day.

Calcium Montmorillonite Clay for Tropical Fish
Fish & other aquatic pets: Calcium Montmorillonite Clay is mixed into food and therefore isn't ingested on an empty stomach. As a precaution, ensure that the food is high in nutrients to compensate for any inadvertent absorption, and alternate meals with a food which doesn't contain the clay. It shouldn't be a concern, however as there are aquatic creatures that ingest a lot of clay. The assumption (and it is just that) is that the clay facilitates maximum nutrient absorption by working with the body, which counters any possible absorption by the clay itself. Shrimp appear to thrive on it - there is a shrimp species, Niphargus, that lives its entire life in clay.

​Birds: Calcium Montmorillonite Clay can be mixed with water or grit, providing crucial minerals as well as Silicate. Several species of herbivorous birds were actually observed flocking to the site of a mudslide so they could enjoy easy access to the clay-rich soil [Diamond, Jared 1998].

Internal dosage: Since Calcium Montmorillonite Clay impacts digestion, it is recommended that it be introduced in small amounts to avoid loose stools sometimes associated with rapid detox. Increase the amount until you reach the dose you have decided upon. If your pet experiences digestive issues, simply cut back on the amount and work your way up. If your pet is taking medication, give it to him more than two hours before or after feeding the clay. Please note: Constipation when feeding pet food containing clay to dogs & cats has been noted by some of their caregivers. We advise you to monitor for abnormal stools and adjust the dosage accordingly. If constipation continues, please consult with a medical professional.

As always, we strongly recommend consulting with your Veterinarian (traditional, holistic or naturopath) before making any changes in your pet's diet. For comparison purposes, the recommended dosage for adult humans is 1 tsp of Calcium Montmorillonite Clay mixed with 6-8 oz of water.

External Applications: You can make a thick paste using one part Calcium Montmorillonite Clay and two parts water for use as a poultice. It is used for relief from itching, skin conditions (such as Eczema and Psoriasis), burns, etc. The powder can be applied directly to open wounds to control bleeding and prevent infection.
​For more information about the specific uses and benefits of Calcium Montmorillonite Clay, please visit our blog.

Our human edible grade*, 100% Calcium Montmorillonite Clay is used safely and effectively by both our pets and our family. It is a desert-mined, pristine clay of volcanic origin and rich in active, ionic trace minerals. Its extreme alkalinity boasts scientifically proven pH balancing abilities and antimicrobial properties in both pets and humans. Our Calcium Montmorillonite Clay is similar to flour in texture/grind, there is no grit, it is sand-free, and is neutral in both taste and odor. There are no artificial colors, flavors or additives in this product. ALS Chemex Certification #349096880072579.

Not to be confused with the lower grade, non-edible Calcium Montmorillonite Clay meant for ponds.